You are here: Home / Cycling / 7 reasons why some Strava segments suck (do yours?) 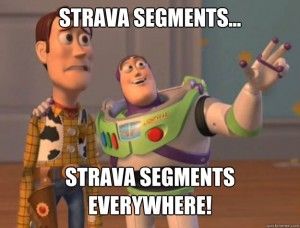 My phone buzzes in my pocket. Email. It’s from Strava, and the subject line is the dreaded “Uh oh, someone just took your KOM”. My heart sinks a little and as I click the link to see which segment has been lost, I’m almost inclined to peer through my fingers the way girls watch horror films. Then I realise it’s a segment I wasn’t even aware of, but my time has been beaten by 1 second. The new leader’s time? Just 16 seconds.

I hear others saying the same thing. Perhaps it’s a collective grumpy old man thing, but you can already anticipate people becoming nostalgic about the “good old days” of Strava’s first few years, when it was still a best kept secret. So what’s spoiling Strava segments, and are you guilty of any of them?

There are loads of really weird, “unnatural” segments which take in a specific turns at junctions. Most of these really should be private segments, viewable only by those who created them, for their own specific training loops etc. 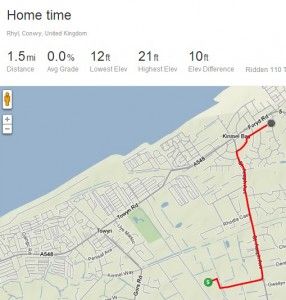 Should be set to private

The road along the bottom of the image below is flat. The hill starts at the bend (the left turn, where it heads North). So anyone approaching from the East side won’t register at all. I get the impression these are just the result of sloppy segment creation. They simply didn’t pay attention to the start and end points. 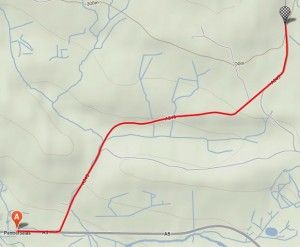 Approach the hill from the bottom right, and it won’t track.

Segments that end in the middle of a junction will mean that someone, sooner or later, will take a stupid risk and place themselves in harm’s way.

We’re probably all familiar with the San Francisco case where a rider collided with a pedestian, who later died. Strava can’t be a scapegoat for people’s stupidity, but it helps if we don’t create bloody stupid segments that cross traffic lights and junctions.

@stravatips segments that include stoplights or end exactly at a stoplight.Encourages riders to take chances….

@stravatips …and also those drags in central London used by commuters: dangerous at best of times. Good times can only be done at 2am.

Actually, quite a lot. To capture the imagination of the local Stravanauts, it helps if a segment has a catchy, or at least memorable name.

Given that there is variation in accuracy between GPS tracking devices of up to a few seconds (see my post on the difference between Garmin and the Android app), it makes no sense whatsoever to create such short segments, because anybody in the top 20 could have actually been the fastest. It’s utterly meaningless!

Short segments – the KOM on this one is 16 seconds!

@stravatips Under a tenth of a mile. Really, under a half a mile for cycling.

Perhaps there needs to be a way for people to vote on the definitive version, and delete all the rest, or at least make them private and visible only to those who created them.

@stravatips the 420 totally useless ones in Richmond Park, with duplicates everywhere!

@stravatips Oh goodness. “I created a segment because my GPS didn’t match the existing one.” That one.

@stravatips segments for just part of a hill – what’s that about – top tobottom (all of it) surely?

This idea came from twitter, but straight away I could think of a local segment which falls into this category. Perhaps not annoying, just odd. The segment in the image below is a flat road, yet somehow Strava thinks it’s a cat 4 climb of 8%.

This segment is in actual real life, FLAT. Go figure.

@stravatips the ones labelled as categorised climbs (e.g. 4) but are actually flat! — Paul Morris (@drpmorris) April 23, 2013

@drpmorris @stravatips I have a cat4 segment that is DOWNhill !

I’m not out to knock Strava – far from it, it’s a great tool, and very motivational for many people.
If these segment issues (especially duplication) are left unchecked, it’s a growing problem that will undermine Strava’s appeal.

Did I miss anything?
What bugs you about some segments?
What do Strava need to do about it (because it’s only getting worse..)
What do we, the users, need to do?