My Android phone had this “insufficient storage” problem for months, despite having lots of free space. Here’s a fix that actually works.

If you’re looking for this solution, then I’m guessing you’ve experienced a difficulty with installing new apps or updating existing ones.

Even though you know there’s plenty of space left on your phone, you get an error saying that there’s “insufficient storage available”.

#Step 1 – How to solve the “insufficient storage available” problem. 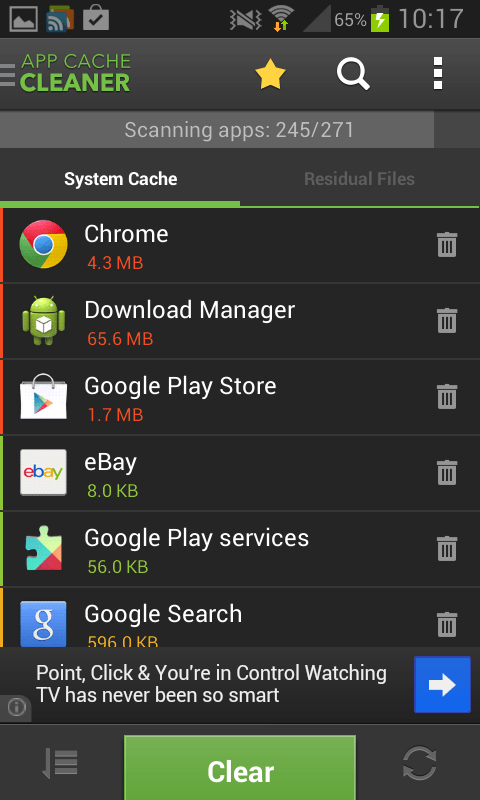 This app will let you clear the cache for various apps, and thus reclaim some memory. In my experience it worked well for a couple of weeks, but then became ineffective.

I’m guessing that initially, it cleared just enough space so that I could update apps again, but as time went by I noticed that I was getting the “insufficient storage available” error again, despite using the app regularly to clear the cache.

The problem appears to be that there are crucial files which are not deleted by the app, but that build up over time to cause the same issue.

#2 Fortunately there’s an even simpler fix, which doesn’t even involve downloading any other apps.

The trick is to access a hidden menu on your phone that lets you delete these files.

From your phone dialler, dial *#9900#
Update: Thanks to Jason in the comments for pointing out that this only works on SAMSUNG phones. 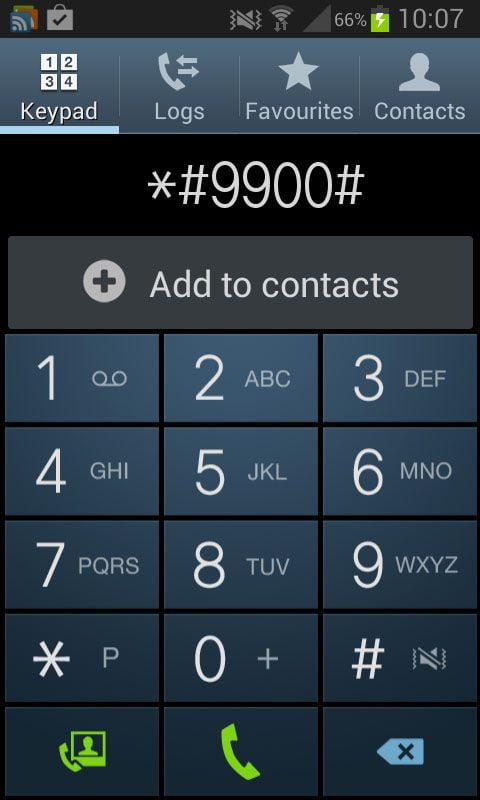 This will open up the menu, then select the second one down which should read “Delete Dumpstate/logcat” 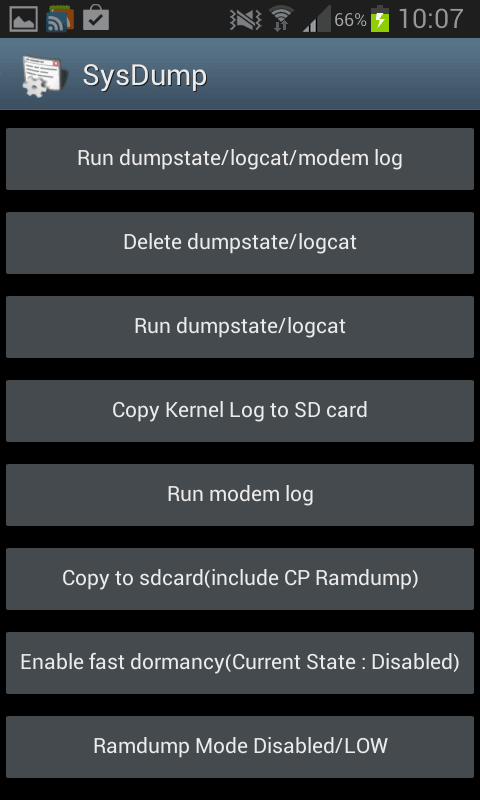 Then just hit the Ok button and you’re done. 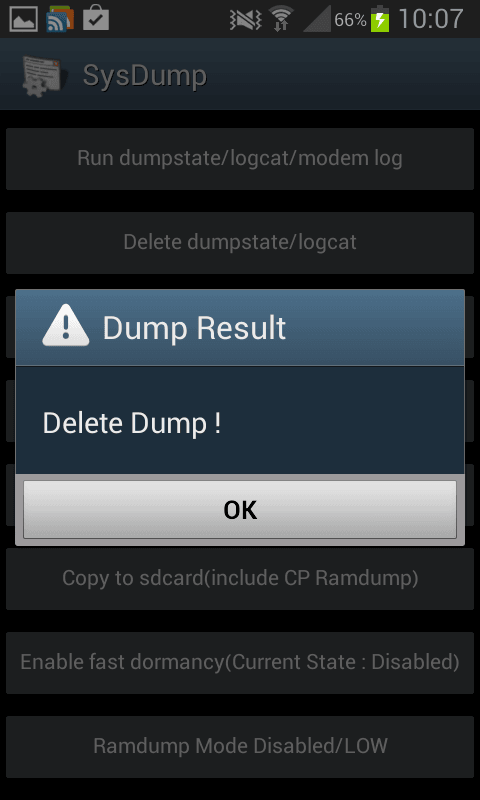 That’s it!
Now just go back to updating your apps and you should be able to update them all without that silly “insufficient storage available” message.