I’ve posted previously about the difficulties with using OS Discoverer maps at high zoom levels, because of the pixellation that occurs beyond a certain zoom level. If this bothers you, but you don’t want to use open StreetMap maps (OSM), the City Navigator maps may be just what you’re looking for. Its vector based graphics scale cleanly, and the dataset includes all roads, whereas free OSM maps may be incomplete. It is fully routable of course, and includes a massive point of interest (POI) list, which is searchable by category etc. Having used both the Garmin GB Discoverer and the City Navigator on a number of rides,  I now tend to prefer City Navigator when I’m following a predetermined route, say for example a Sunday Club run where somebody has posted the gpx file in advance. If I decide to just go off exploring on roads I’m not familiar with, however,  I prefer the OS Discoverer map, as it includes a richer overview to give you a greater, more holistic understanding of the area.

Here are some screenshots of the City Navigator map (left column) against the  Discoverer map (right column). Make your own mind up!

All Garmin maps comparison screenshots taken on a Garmin edge 800.

Free OSM maps are getting better and better, but depending on where you live, you just can’t beat the quality of the commercial products.

If you need the full City Navigator map, here’s some live price data – check the region before you buy! 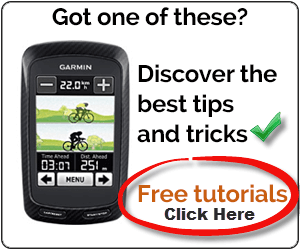